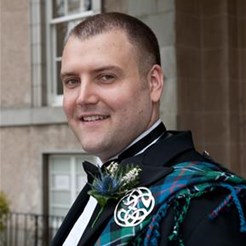 A dedicated family man of many talents, taken from us far too early. He achieved much in a short life, but would have given so much more.

Adam is remembered by many from school in Elgin, Moray as a larger than life character, a talented athlete who represented Scotland and the UK, and a ‘frighteningly intelligent’ pupil who went on to successfully study Electrical & Electronic Engineering at Edinburgh University and undertake a PhD. In 2010, Adam married Alison and in 2011 they bought their first house together in Darlington, which is still the family home today. Together Adam and Alison have 2 daughters, Isla who was born in July 2013 and Anna who was born in March 2017.

Adam was a loving, dedicated, fun, silly, nurturing, gentle, hands-on daddy and he adored his two girls; in fact, on reflection his family think that Adam was probably at his happiest when he was spending time with Isla and Anna. At the same time Adam took his responsibilities at work very seriously, he was a popular and skilled contributor to his company’s work, designing and developing software for video conferencing systems. This work fitted very well with Adam’s profound interest and concerns regarding environmental issues and has without doubt done much to reduce the carbon footprint of those who now rely on remote conferencing and working rather than business travel.

It was with this in mind that his family felt it to be a very fitting tribute to him to use the video conferencing tools which he helped develop during his career to come together and remember him at a ‘virtual’ funeral. We’re sure he would have approved of his funeral being conducted in this way. Moreover, rather than spend money on flowers and tributes at a funeral, we felt it most appropriate to ask people to donate, if they so wished, to a charity. Adam was for some time a supporter of the World Wide Fund for Nature, being particularly interested in their work in tackling climate change. Adam is no longer able to give his energies to this worthwhile cause that will affect us, our children and our children’s children for many generations to come, but we can through the WWF help ensure that his wishes for a better world live on. 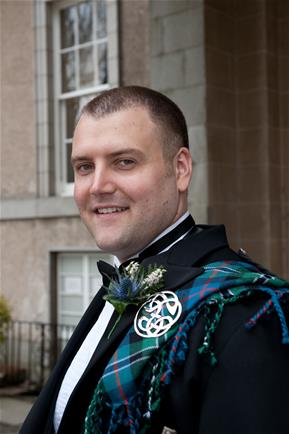